A Chemistry Conversation with David Fletcher

David Fletcher of XPastor.org and Matt Steen, Co-Founder of Chemistry Staffing, talk through how churches are responding to this pandemic. Are they potentially ignoring the precautions?

Watch the conversation or view the transcript

About Dr. David Fletcher: Dr. David Fletcher is often called The Dean of Executive Pastors. Fletch was a pastor for 35 years in churches from 1,000-8,000 members, single and multisite, churches with mergers, camps, schools, apartments and cafés. He founded XPastor in 2003 and its 1,300 free articles from over 350 authors have become a principal resource for leaders in a complex church world. Read more about Dr. Fletcher here.
Resources:

Matt Steen: Well hey, it's Matt Steen, Co-Founder of Chemistry Staffing with another Chemistry conversation. Joining me today is David Fletcher. David is the Grand Poobah of all executive pastors.

David Fletcher: What a title.

Matt Steen: Well, you know, hey, you've worked hard. You might as well get it.

David Fletcher: My students in India when I taught over there in a doctoral program, they'd always say with a smile, "You are the guru."

Matt Steen: There you go.

David Fletcher: I never knew what they were quite meaning by it, but they had a great smile and we all laughed.

Matt Steen: That's awesome. Anyhow, David, you have put together a piece that I saw this morning that I just, we just had to have a conversation about it. Basically, the upcoming strong resistance to COVID-19 prevention. It's been nine months of the apocalypse. Churches have been online only, have been back in person cautiously. We're kind of in the midst of a spike again. Pastors are tired. A lot of us, I think, are getting to the point now that we're talking about vaccinations, people are thinking the end must be near. But you're kind of being contrarian and saying buckle up, it's going to get tough again.

David Fletcher: It will be tough until March or April, but we're going to feel like it's getting better so we shouldn't relax. This is the difference in World War II between VE Day, Victory Europe Day and VJ Day, which was the total cessation of hostilities. But you don't stop the army after VE Day. You have to go all the way. Here's what's going to happen. By late February, and I just picked that date because that's when we're going to hold the XP-Seminar, and I'm going to face the same tension that every church does when we hold that. By that time, my estimates are that 180 million Americans, we're just talking Americans, will have immunity to COVID-19. That will bring enormous pressure on church leaders - pastors, deacons, elders, and others - to stop preventative measures in your church.

David Fletcher: Like that golfer who prayed for years and years that there'd be golf in heaven. And finally the angel answered him and said, "Yes, there is. And your tee time is tomorrow morning at 8." So we don't need to be afraid, but that doesn't mean we need to be stupid. So what's going to happen is we're going to get this surge of people who have had the virus. By late February, about 25 million Americans will, at current rates. And then you look at how many unconfirmed cases there are. There could be, at a very conservative number, another - I'll just give it to you exactly - I think 100 million unconfirmed cases. And then you'll see about 60 million people vaccinated. So what's going to happen is, the new cases are going to slow down because 55% of Americans will have immunity. So people will now relax. This is not the time to relax. It's getting better, but we need to hold on for 2-4 more months after the end of February. That's the bottom line.

Matt Steen: So you're coaching to an already exhausted pastor as he's walking through this season and starting to get that pressure. How do you explain to a congregation that's saying, "I don't need to wear a mask. We don't need to wear masks in service." How are you talking to your churches and coaching them to communicate this well?

David Fletcher: I get right down to the bottom line. How many funerals do you want to do? The total death rate of COVID is a little under 2%, of all confirmed cases. Now we don't know the total number of unconfirmed cases. And the seven-day rolling average for the mortality rate is a little over 1%. So Matt, if you and I know a hundred people who get COVID, now more older people get it, but a lot of younger people have too. That means statistically two of them are going to die. So it's like the pastor [00:05:19.17] in June, and one guy talked to his pastor about this. And the pastor said, "No, I just got to be there with the family for this funeral, and I got to do it myself and no mask." And seven days later, one of the people at the funeral came down with COVID and died four days later. How about this story? A family went to a voting party after the election. And this was a young grandmother, about 50 years old, and they called EMS because she wasn't feeling very well, not doing very well. And the symptoms came on in a snap and she died. So the bottom line is, how many funerals do you want to do? How many funerals do you want to be responsible for? So, I have a church of 1000 let's say, 3000. You just work the math backwards and say, come on now, we need to love one another, we need to be strong. This is what Paul talks about, right? We stumble, but we do not fall. Yeah, our pastors are stumbling. This is hard time. But this is also the time when leaders are born because when you find that you have the right stuff to be a Christian leader that you're holding in there, even in the most adverse - now these are not the worst of adverse times. This virus could be a lot worse like Ebola was. Think about if COVID was as strong as the odor of a skunk. You know, you can smell that thing like a hundred yards away. What if it was that virulent? It's not. So we need to hang in there. We need to do the right thing, and we need to keep the deaths as low as possible.

Matt Steen: That's a good word. So on the other side of all this, how do you see this changing the future? There will come a day when we're no longer wearing masks, but what do you see is shifting as a result of what we've experienced over the last year?

David Fletcher: I think we'll have a lot more people doing online church, online groups. Wouldn't it be great to only have online board meetings? I was in a board meeting with a church the other day that went on for four hours. I think if we were all there in person it would have gone on for six. Actually meetings, a board meeting, is far more efficient - you can actually pray online - but it's far more efficient business-wise to do it online. I see everybody's face. I interact. I can see you grimace when I say something. Instead of, what's he doing over there in the corner. How about you? What do you see is changing?

Matt Steen: You know, I think this is going to be a big year for shifts. We were talking offline. One of the things that we've seen consistently really start about 90 days ago is an acceleration of succession planning. A lot of people who have been saying for seven or eight years, "I only need another five years before I retire," are starting to realize that maybe that five-year plan is outdated and I'm not the person to step into it for the next season.

David Fletcher: What that points to is we need agile leaders. Same old, same old might have worked for a long time, but we see in a crisis that you need agility. And I don't want to use that word pivot, but we need agility like a good football player because there's going to be future challenges that are going to require leaders to think quickly and respond quickly. I mean, this is straight out of the New Testament, right? Seize the day, you redeem the time out of the marketplace. As Paul would say, [David speaking in Greek]. You redeem the time. That's actually buying the slave out of marketplace, manumitting the slave. So now you're not a slave to time, but you actually can master time. That's how we need to be.

Matt Steen: That's a good word. I am looking forward to the agility of the church on the other side of this as we continue to embrace that.

David Fletcher: There will be a lot of laziness. "Oh, now we can relax." It's like, well, then we'll be as ineffective as we've ever been and we just need to stay at it.

Matt Steen: Exactly, exactly. So now David, you've got the XP-Seminar coming up.

David Fletcher: Yes, it is, at the end of February. We think it will be safe for at least half to three quarters of our normal size to do that with full preventative measures in place. But it's a walk of faith, I don't know. The governor three days before might cancel it. Okay. You know, we just smile and say, man, this is a year like no other and we're going to gather if we can as Christians.

Matt Steen: Exactly. So space is still available for those that -

David Fletcher: Yes, it is. I don't have a lot of spaces still available because of whatever this maximum is going to be. I'm going to have to put some people on a waitlist soon. And we have some great guys. Tim Lucas is coming among many other guys. Mark DeYmaz. A bunch of CEOs are going to come and speak from their respective businesses, just giving us an idea about what it means to be a leader, a strong leader in the post-pandemic church.

Matt Steen: Very cool. Well we will link off to the piece that you released today. We'll also link off to the seminar down below here. My own experience there was probably one of the most helpful conferences I've been a part of, just because of the dialogue and the ability to rub shoulders and hear what other people are doing church-wise.

David Fletcher: That's what we try and do. Small and beautiful, not big and brash, but just get right to it, 200 folks.

Matt Steen: Very cool. Well, David, appreciate all that you're doing for churches and for sharing with our crowd today.

David Fletcher: Appreciate what you're doing with Chemistry Staffing. Thanks so much.

"You're All Replaceable"​ -Jesus 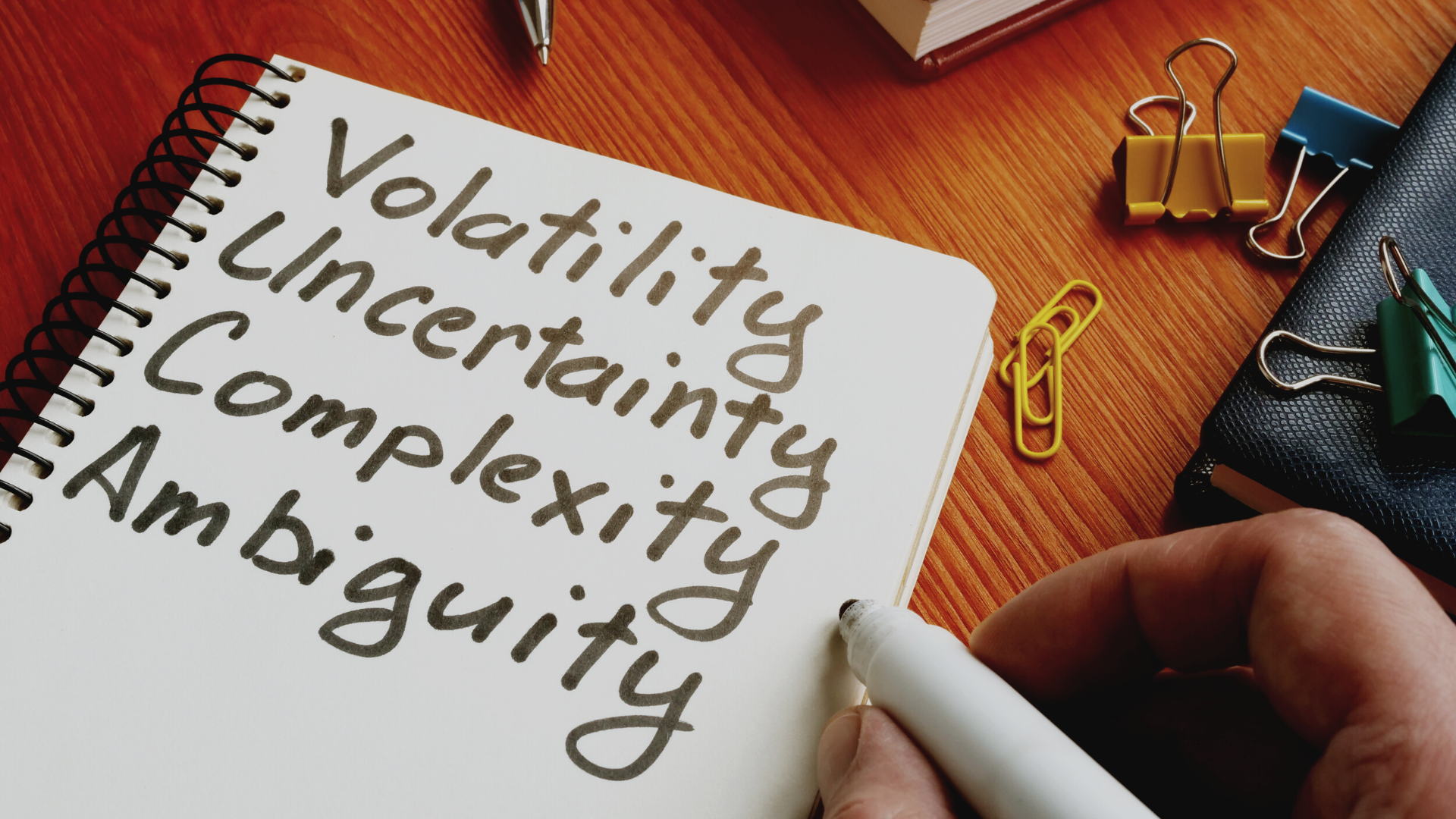 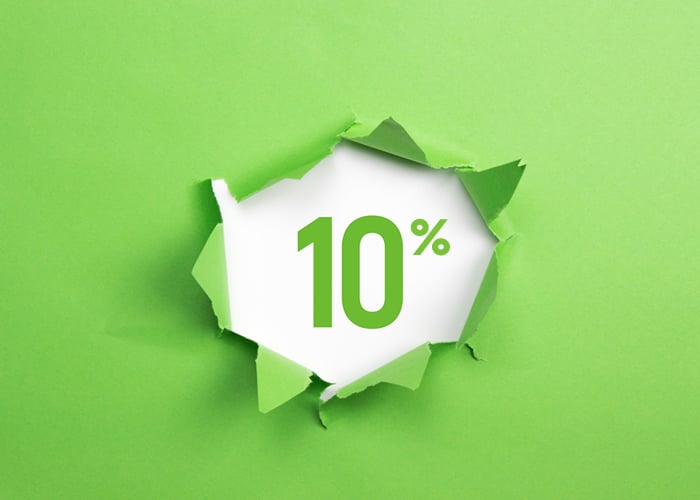