Pastors Who Are Jerks

Have you ever met a pastor who is a real ‘jerk’? 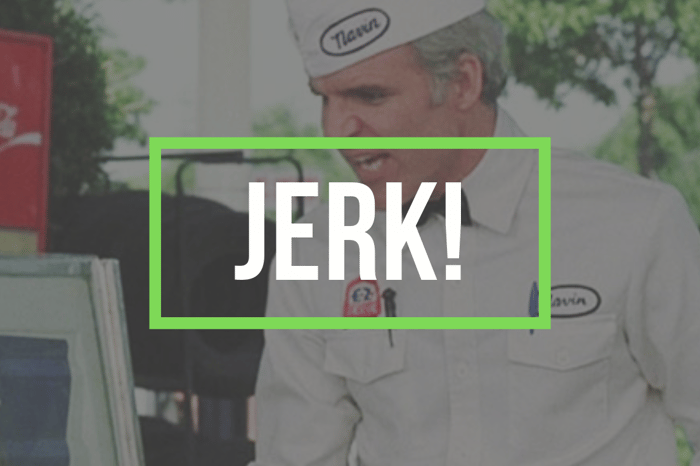 Professor of Philosophy Eric Schwitzgebel has an actual academic theory about jerkiness. After much study, here is Schwitzgebel’s working definition:

The jerk culpably fails to appreciate the perspectives of others around him, treating them as tools to be manipulated or idiots to be dealt with rather than as moral and epistemic peers.

In other words… try this on for size:  Are you surrounded by fools? Are you the only reasonable person around? Then maybe you’re the one with the jerkitude?

Youch.  I think we all feel like this from time to time.

All drivers are idiots.

All airlines and every single one of their employees are inept.

My board (substitute ‘staff’, ‘elders’ ‘attenders’) just don’t get it.

Schwitzgebel writes a fascinating, rather short piece on jerkitude.  It’s worth the read.

Here’s what Eric (I’m tired of typing out his last name) says can help you determine if you’re a real jerk.

How can you know your own moral character? You can try a label on for size: ‘lazy’, ‘jerk’, ‘unreliable’ – is that really me? As the work of Vazire and other personality psychologists suggests, this might not be a very illuminating approach. More effective, I suspect, is to shift from first-person reflection (what am I like?) to second-person description (tell me, what am I like?). Instead of introspection, try listening. Ideally, you will have a few people in your life who know you intimately, have integrity, and are concerned about your character. They can frankly and lovingly hold your flaws up to the light and insist that you look at them. Give them the space to do this, and prepare to be disappointed in yourself.

Done well enough, this second-person approach could work fairly well for traits such as laziness and unreliability, especially if their scope is restricted: laziness-about-X, unreliability-about-Y. But as I suggested above, jerkitude is not so tractable, since if one is far enough gone, one can’t listen in the right way. Your critics are fools, at least on this particular topic (their critique of you). They can’t appreciate your perspective, you think – though really it’s that you can’t appreciate theirs.

To discover one’s degree of jerkitude, the best approach might be neither (first-person) direct reflection upon yourself nor (second-person) conversation with intimate critics, but rather something more third-person: looking in general at other people. Everywhere you turn, are you surrounded by fools, by boring nonentities, by faceless masses and foes and suckers and, indeed, jerks? Are you the only competent, reasonable person to be found? In other words, how familiar was the vision of the world I described at the beginning of this essay?

If your self-rationalizing defenses are low enough to feel a little pang of shame at the familiarity of that vision of the world, then you probably aren’t pure diamond-grade jerk. But who is? We’re all somewhere in the middle. That’s what makes the jerk’s vision of the world so instantly recognizable. It’s our own vision. But, thankfully, only sometimes.

It seems to me that jerkiness is really some deviated form of selfishness. And if that’s the case, I am, more often than not, guilty as charged.  :)

P.S. Looking for a new staff member that is NOT a jerk? That's a good place to start. But to make it an even better fit you need someone who fits the DNA of your church staff like a glove. Want to talk more about finding the right staff person? Schedule a time to talk!

What Should We Pay?